When it comes to writing blog posts, I feel pretty lucky – usually, writing them comes quite easily to me. The fact that I’ve deleted and rewritten this first sentence about a dozen times tells me that this isn’t a usual kind of blog post.

Another way in which I know I’m lucky is that I got to meet one of the kindest, most loving people this world has ever seen. Even better, I was raised by her. 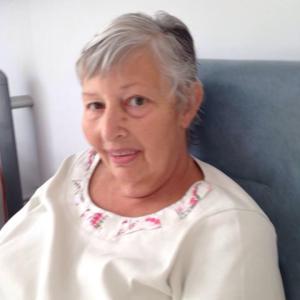 Yes, I’m aware that everyone feels they have the ‘best mum in the world’, but I’m not just talking about that. Everyone who knew Brenda loved her. Everyone she met knew instantly that she was one of the nicest, most genuine people they’d ever encountered. I’ve been told that a lot since she died.

For over 20 years, she fostered children who needed help. I’ve lost count of how many kids came through our house over the years, but every last one of them ended up loving her. Considering, in some cases, their scepticism towards adults and authority in general, that’s no easy feat, but it’s one she achieved – just by being Brenda. In fact, several of them still refer to her as ‘mum’ – one of them even changed her surname by deed poll. Brenda was a doting grandmother to twelve children, all of whom adored her. In fact, telling my kids that I was taking them to see her for the last time was the hardest thing I’ve ever had to do. My oldest daughter (aged 8 at the time) wrote this for her. Reading it now still breaks my heart. It’s the first time I’ve ever shared it. 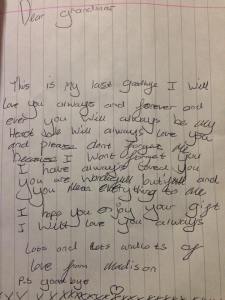 In 2008, mum was diagnosed with lymphoma. For over 5 years, she fought to keep it at bay. In November 2013 it became extremeley aggressive, and in January 2014 she also developed leukaemia. 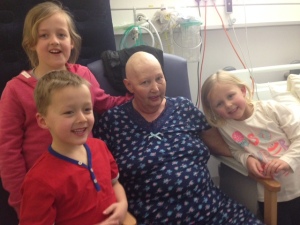 My head’s getting the bic treatment no matter how much I raise. If I hit the £500 target, I’ll get everything waxed (besides my butt & nuts – I’m trying to raise money for charity, not scare the daylights out of some poor beauty therapist). If I hit £1000, I’ll shave off both my eyebrows. How much you donate depends on how stupid you want me to end up looking. It’s your call.

Now, as trivial as a shaved noggin sounds, it carries risks. I’m 36 years old. My maternal grandfather was bald by the time he hit his thirties. My dad became a slaphead in his mid-twenties. My younger brother went ‘full Goodhew’ 5 years ago. When I give myself the Walter White treatment, there’s a good chance it’ll never grow back. If it does, the grey flecks on my temples will likely take hold elsewhere and I’ll look like a less-refined Philip Schofield.

That’s not to mention the fact that almost my entire body will be getting waxed. According to many ladies I’ve spoken to, that’s some kind of big deal. Apparently, it hurts a bit.

Whatever happens, it’ll be worth it. The money I raise will be split equally between Cancer Research UK and Leukaemia & Lymphoma Research. Most importantly, it’ll be donated in memory of the most remarkable person I’ll ever know, and I’d be humbled if you’d help me to honour her.

Please – give whatever you can. Head to http://uk.virginmoneygiving.com/Finch

I’ll probably never ask you for money ever again. Unless my boiler packs in.

I’ve increased the donation page target to £1000 to see if we can’t liberate my eyebrows. If by some miracle we hit £1500, I’ll shave off ONE eyebrow and leave the other one intact. Whoever tips it over the £1500 mark gets to choose which eyebrow goes and which one stays…